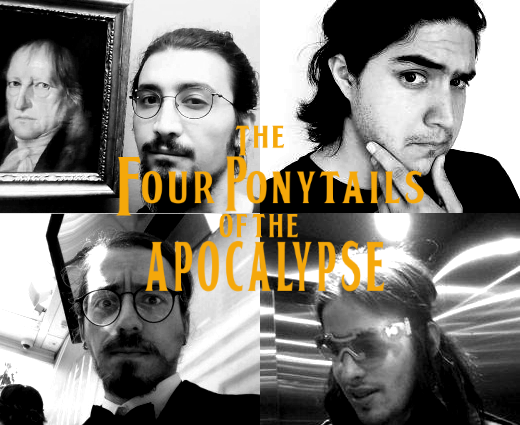 The Four Ponytails Of The Apocalypse – IV. Leaving

The end of a very short era. In the fourth (and sadly last) episode of The Four Ponytails Of The Apocalypse we talked about the end of the journey, the end of our journey. How do we felt about the fact that we were gonna leave the place that brought us together and gave us so many enriching moments and experiences? We were leaving Tartu (at least some of us) and during this chat we were wondering about what we tought was ahead each of us in the next months. Some changes? Or maybe the boring routine that we tried so hard to escape from. It was called “home”, was it? So we were going back to it. Was it going to be different?
As always, we had some cool songs here, and stories. Check it out, you’ll like it!

…And if you’re asking “will the band be back together?”, I don’t have an answer to that right now.
But never say never.